WeWork signs deal with Krukziener for first premises in Auckland 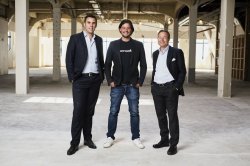 A beautifully restored historic six-level office building in the midst of Auckland's luxury hotel precinct, is up for sale by tender. Read More +

Setting up shop in Parnell, the new B+A cafe is in good company sitting alongside Simon & Lee and Goodness Gracious. A calm, industrial space with well-picked floral accents Read More + 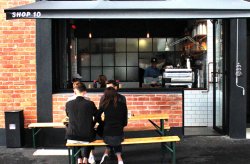 The uptown bagel joint that garnered a loyal following before the doors even opened in Eden Terrace back in 2014 has spread its doughy-wings and flown East with a new ‘cross-town bagel spot’, and Goodness Gracious, it’s good. Read More +

New opening Simon & Lee is doing brunch with a twist

Considering the culinary credibility behind new Parnell cafe Simon & Lee, we feel that it is safe to say that the place is going to take off. (Oliver) Simon previously worked with Six Barrel Soda and Supreme Coffee, while (David) Lee is the founder and owner of Major Sprout. Read More +

Tenants are being sought for two historic Parnell buildings that are to be refurbished and converted into a character retail, office and showroom precinct by Krukziener Properties. Read More +